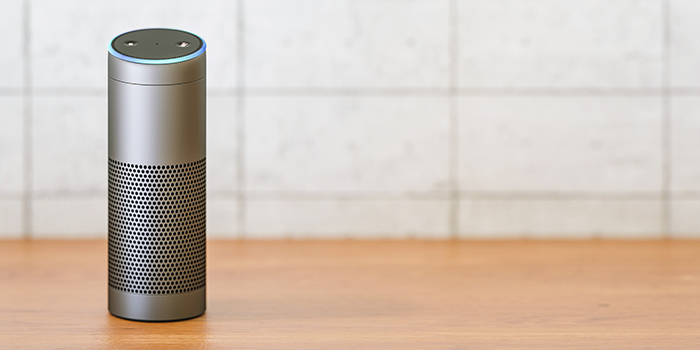 Unless you’ve been living under a rock, you’ve probably noticed that we’re living in the 21st century. Your watch monitors your sleep and your lights turn on and off at the touch of a button (as opposed to the touch of an actual physical switch – that’s so old-fashioned).

Ever since the inventions of such devices like the Amazon Echo, Google Home and, most recently, Facebook’s Portal, smart appliances have started to become even more integral in our lives and homes, even playing into our internet humor e.g. the beginning of this post.

Smart home refers to the intelligent connection of home technology and household appliances.

Such technology as connected kitchen machines, context-aware thermostats and smartphone-based lock systems are being seen more and more in modern homes and apartments. You don’t even have to get up to see who’s at the door anymore. You just have to check your phone each time the doorbell peals.

These items are designed with comfort, security and energy-efficiency in mind. Combine that fact with ever-easier access to smart home goods and you won’t be surprised to see the increased integration and usage in 2018, with forecasts only suggesting even more of an upward swing in years to come.

The US is the number one country for smart home usage, according to Statista’s estimates, with 40.3 million smart homes recorded in 2018. That’s up 20.4 percent from 2017, makes the smart home market work almost $19.83 million this year and reportedly equals about 32 percent of US homes. And that’s not all. This number is expected to rise to 53.1 percent of homes by 2022.

It has been forecast that around 500 household appliances will be connected to each other in every smart home by the year 2022. Going forward, expect to see media and entertainment systems further personalizing living spaces with the use of sounds and images. Smart home is also expected to play a larger role in ambient assisted living systems as the demographic changes.

How can you capitalize on this movement? Staples Promotional Products offers brandable options for several of the largest names in the smart home business including Amazon and Google. Make a statement within modern homes by utilizing trendy promotional technology.

Select your brand/logo to start shopping

Search for your Brand/Logo

The brand you have selected does not apply to this item(s). You will be redirected to the home page